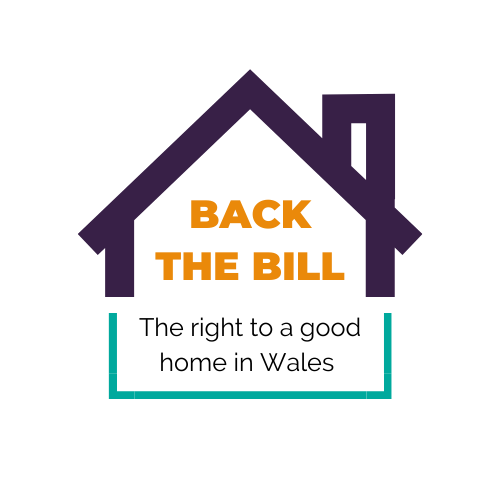 The ‘Back the Bill’ campaign has warmly welcomed the commitment to a White Paper on proposals to introduce the right to adequate housing in Wales.

The commitment features as part of a wider co-operation agreement between Welsh Labour (in government) and Plaid Cymru, covering 46 policy area. The White Paper is also set to include the role a system of fair rents could have in making the private rental market affordable and new approaches to making homes affordable. Further, it pledges to end homelessness, take action on second homes and reform the current system of building safety.

“We are very pleased to see a cross-party commitment in government that looks to introduce a right to adequate housing.

“We believe the principle of a human right to housing is a core element of any solution to the current crisis in Wales and can help address some of the key housing issues of the day. Good quality, affordable and appropriate housing is a bedrock for all aspects of our lives, including health, education and life chances. The co-operation agreement further recognises the fundamental role of housing by looking to address issues of affordability and committing to ending homelessness.

“The campaign for introducing the right has gone from strength to strength in recent months, receiving support from stakeholders across Wales. It is testament to both the pivotal role of housing in peoples’ lives and the appetite for a seismic shift in policy that embeds a rights-based approach in law.

“We’re looking forward to working with partners to further develop the research and knowledge base and supporting the commitment via the Cooperation Agreement, enabling Wales to become a world-leader in its approach to housing as a human right”.

The campaign recently launched a major research project with partners, Alma Economics, examining the international status of right to housing legislation and undertaking a cost-benefit analysis into its potential introduction in Wales.