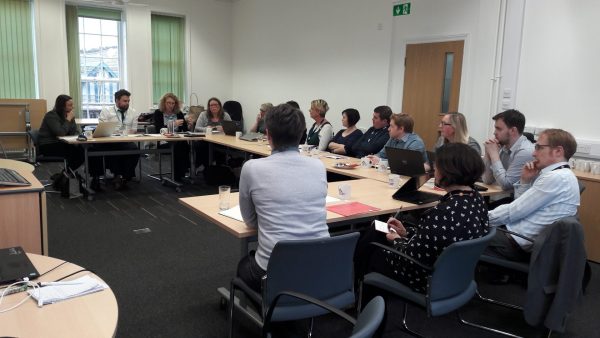 Dr Alison Parken is Honorary Senior Research Fellow at Cardiff University, and a freelance policy and research consultant. In this blog she shares her reflections on the gender pay gap package she recently led in North Wales for Tai Pawb members.

I recently had the pleasure of working with five North Wales Housing Associations in a seminar programme facilitated by Tai Pawb.

Some of the employers had over 250 employees and so are required to report against the GB Gender Pay Gap Regulations, while others are voluntarily choosing to produce gender pay gaps reports. [1]

Even when employers operate best practice in relation to equal pay, equal value pay systems and job evaluation, the evidence shows that gender segregation in society and the economy can be pulled into, and reproduced within, employment structures within organisations.[3]

In two seminars, we worked through the causes of gender pay gaps, learning on workforce planning and development actions from the Wome

n Adding Value to the Economy (WAVE) research programme, and how to undertake the analysis as set out in the Welsh duty.[5]

The resulting discussions, based on employers’ own analysis of their workforce and pay gap drivers, produced rich and fulfilling discussions, and a host of practical actions for the employers and more broadly to tackle sector wide drivers.  Key to tackling pay gaps is the gendered division of the care and trades workforces within the housing sector. Providers undertook to hold discussions with their local FE colleges to address continuing segregation by gender in apprenticeship programmes, and to test task-based job swapping/job switching programmes in their own workforce.

Some of the employers also decided to further engage with women working on a part time basis in high graded work, to challenge any assumptions that they may not want to progress and to remove barriers. Working full time over the lifetime has been the traditional route to progression. These employers recognise that this working pattern is no longer the norm, and that both men and women may prefer to work flexibly – to recruit, retain and progress in the future, new working patterns must become new norms.

Rather than treating the reporting of gender pay gaps as a compliance requirement, these employers’ enthusiastic engagement with the Welsh duty has provided valuable understanding of their organisational structures, encouraged them to examine underlying systems and practices, and enabled them to commit to making long-term change.  It was all together a really enjoyable and heartening set of learning sessions.

Tai Pawb plan to work with Alison to run the gender pay gap package again in South Wales in 2020.  Please register your interest by contacting helen@taipawb.org or 029 2053 7635.

[3] Parken A, and Ashworth R. (2018) ‘From evidence to action: Applying gender mainstreaming to pay gaps in the Welsh public sector’. Gender Work Organ.;1–20.