Home / A socio-economic duty for Wales

A socio-economic duty for Wales

As Welsh Government seeks views on the commencement of a socio-economic duty for Wales, Tai Pawb set about exploring the vision behind it and its implications for the housing sector in its latest seminar. It was all the more relevant that it fell on equal pay day – the link between equal pay and socio-economic disadvantage being all too clear. 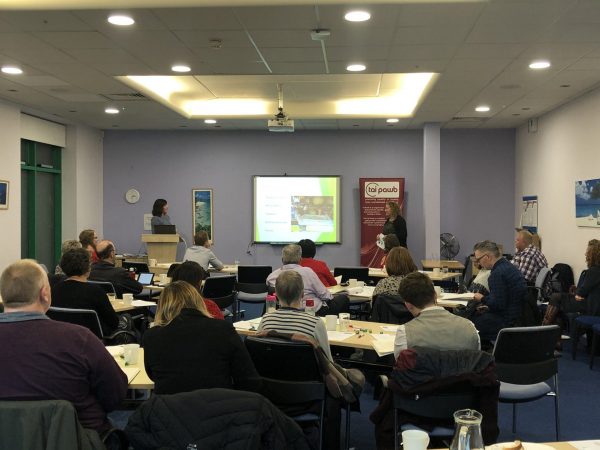 e Wales Act 2017 and the Equality Act 2010. In its most basic form, the socio-economic duty will ‘require specified public bodies, when making strategic decisions such as ‘deciding priorities and setting objectives’, to consider how their decisions might help to reduce the inequalities associated with socio-economic disadvantage.’

In practice, Welsh Government officials will be liaising closely with their Scottish counterparts – where the duty was implemented last year – and running stakeholder events alongside the consultation before developing guidance for the public bodies affected. The consultation runs from 22 November to 17 January 2020.

The Improvement Service in Scotland works with local authorities and partners across a range of public policy areas and Miriam McKenna presented a potted history of how the duty was developed through to implementation for public bodies.

It was noted that the duty mustn’t be viewed as a single piece of policy but rather as tying into a wide range of policies and duties – a common framework – which, together, goes to the heart of addressing social and economic disadvantage.

“It exists as a catalyst to turn people’s lives around and to give them more opportunities.”

Ultimately, from the experience in Scotland, the successful delivery of such a duty has required effective and engaging leadership from the top; awareness raising of the duty and its objectives; training to promote understanding and the change in culture; provision of toolkits to help with assessments; good community engagement; and an understanding of both local and national data.

Though still in its early stages, some of the highlighted impacts already coming through included the better understanding by elected members of the impact of budget savings proposals; a greater focus on tackling the gender pay gap and gender stereotyping; and, in cases, the halting of service cuts or a reduction in the amount of funding cut to services.

Through an open forum, the seminar also explored the link between rent policies and socio-economic disadvantage, where it was widely agreed that the granularity of data is a key element when considering equality implications. This is an area of work that Tai Pawb has focused on for some time and features as part of a recommendation in the Independent Review of Affordable Housing Supply.

Members’ contributions to the debate were lively and full of constructive challenge, with questions posed around how the language used – e.g. ‘socio economic deprivation/disadvantage’ – can often be a barrier itself to engaging more people in the debate. It was also noted that economic equality is more important than affluence, per se, in improving outcomes and wellbeing, as some poorer countries which are more equal than the UK have better life expectancies.

Attention focused on the role of the foundational economy in addressing inequality in Wales. If housing associations in Wales are to be viewed as ‘anchor institutions’, they are well placed as a key, if not primary, organisation within their locality in supporting individuals and communities to address inequality. Steve Cranston of United Welsh laid down a challenge around electoral participation for example, querying what activities were being undertaken to encourage tenants to register to vote, ensuring their engagement with/involvement in decision-making and scrutiny.

Using another angle of the foundational economy, Elin Brock explored how procurement – the buying (and spending) power of the housing sector – can play a significant role in reducing inequality.

“Procurement is one of the most undervalued and underused mechanisms for improving social and economic benefits in our communities.”

In particular, and adhering to the principles of the foundational economy, a greater understanding of the circular economy in housing – a regenerative ‘make, use, return’ model – is already providing dividends in some quarters; not just financially but more significantly in social and environmental capital by reducing waste generation and realising economic returns on investments.

The seminar also provided an opportunity to showcase an on-the-ground community project which addresses social and economic disadvantage. Rhondda Housing Association’s ‘Grub Hub’ scheme is a partnership with three food outlets in Rhondda that provides food parcels and other essentials to local residents. Far from being just about ‘grub’, the project recognises key and cross-cutting issues including tenancy sustainability, welfare reform and loneliness/isolation. Continually evolving since its inception in 2017 and offering volunteering experience, the project’s lead, Simone Devinett, shared feedback from individuals they have worked with, which included one tenant who said that it “made me feel really valued as a tenant and not just as a source of income” and another who said, after their benefits were halted for 11 weeks, that “it was difficult to carry on – I don’t know what I would have done without Grub Hub.”

Grub Hub was the very worthy winner of the accolade for ‘empowering and involving communities at the Welsh Housing Awards 2019.