Close to Home: A Fresh Perspective 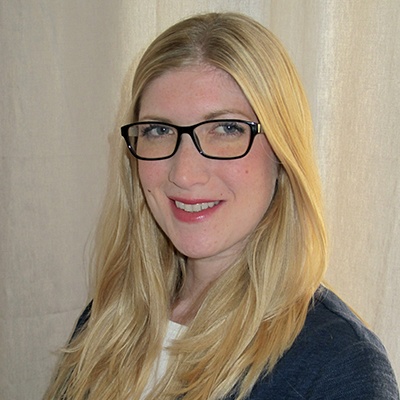 A few times throughout the Tai Pawb Close to Home conference, held in Cardiff on 17th May, delegates remarked that the conversation around housing is changing.

More and more, we’re seeing housing (and decent housing) as something that everyone should be able to access unconditionally, and challenging the assumption that a roof over a person’s head is enough. It isn’t, as we all know. Every single person deserves to have a safe, comfortable, affordable home – as Cymorth’s Katie Dalton said, a place that makes them feel that they matter.

We found in our Housing Horizons research that the Welsh population is due to increase from 3.1m to 3.3m people by 2036. This change means that we need 174,000 additional homes in this time period, and so we outlined an ambition for housing associations to build 75,000 of these. Good quality and affordable housing was at the centre of the Close to Home conversation, and it is vital that we find ways to reduce heating and lighting bills; our call for all new homes to be built to near zero carbon standards by 2020, and for all existing homes to be zero carbon by 2036, had this fuel poverty issue in mind (as well as the obvious environmental benefits).

The concept that housing could (or should) be regarded as a basic human right was at the centre of the Close to Home conference, and the day was packed with interesting (and challenging) talks, panels, workshops and interviews.

A standout moment for me was the talk from Professor Geraldine Van Bueren (her full speech can be watched here). She outlined what this would mean in practice, as well as the benefits to both citizens and government. Almost as enlightening was the historical context. My eyebrows shot up when the Professor explained that the 1217 Charter of the Forest enshrined rights of access to the royal forest – to collect wood, to build a home. So, once upon a time, the right to housing (or at least to build one) was seen as a priority, something that people we entitled to. I imagine that I wasn’t the only delegate given serious food for thought, as it was a good reminder that even as times change, we all need somewhere to call home.

On offer were Gender Pay Gap, Accessible Homes, Co-Producing Diversity and Equality in Homelessness and Prevention – torn as I was, I opted for the first two.

A striking demographic change that our Housing Horizons research highlighted is that the working age population will shrink by 96,000 (5%) by 2036, but the over 65s group will grow by 227,000. This means there will be a quarter of a million more people who will likely need care, support, adaptations and smaller homes, but there will be fewer working age people able to contribute to the economy or to the care workforce. This presents a significant challenge in ensuring that, as people age, they are able to stay in the same home if they wish, so homes need to be easily adapted multiple times.

The workshop provided by Cardiff Accessible Homes gave some insight of the practical considerations here, as Rob explained about the service and how it matches tenants with adapted and accessible homes in the Cardiff area. It is funded by both Cardiff County Council and the participating HAs, and operates an Accessible Homes Register.

In the Gender Pay Gap session, Adele Baumgardt took us through how the reporting obligation came about, and how the public sector is covered by the equality duty. We discussed the ethical and financial benefits to closing the gap, and that housing as a sector has a slightly lower gap than others. Particularly interesting was the fact that the gender pay gap prevails even at apprentice level, as women tend to be over-represented in lower paid apprenticeships like care and hair & beauty, and men tend to dominate better paid trades such as engineering.

In an effort to address this, some apprenticeship schemes are now allowing apprentices more time before they decide which skill to pursue, therefore allowing the apprentice to really see and consider all the options. I confess that the conversations digressed from the presentation somewhat, into the broader issues around perceived male and female roles in the workplace – but I did not mind one bit.

Adele has also been commissioned by Tai Pawb to produce a report on the gender pay gap in housing associations in Wales, and Tai Pawb will be launching this report on Wednesday 20th June at CHC’s Leadership conference.

We also heard about the Tai Pawb ‘Quality in Equality & Diversity’ (QED) Award, with a super fun interactive poll and the presentation of the first award to Melin Homes.

Human rights activist Peter Tatchell then spoke about equality not being enough; that equality within the existing structures did not go far enough – a real call to arms to challenge not just inequality but the structurally ingrained status quo. 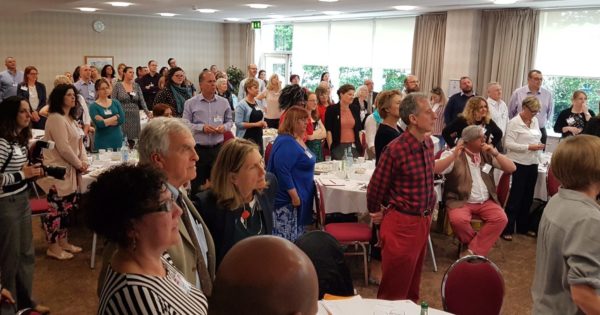 A final gem was Michelle Reid’s interview of Winter Olympian Mica Moore. Michelle was both warm and hilarious, and Mica was downright inspirational. You can read more about the women’s teams’ result in the bobsleigh event here, but what makes the story more extraordinary is the fact that just weeks before the season began, the women’s bobsleigh team had their funding cut; after crowdfunding to even make it to the games, the women’s team actually finished higher than the men’s team (something that Mica was very gracious about).

Both personally and professionally, I found the Close to Home conference very informative, inspirational and jolly good fun. The key themes tied in perfectly with the work I do at CHC, and gave me a fresh perspective.

Front and centre was always the fight for equality for all people, and the tenacious challenging of those ever-persistent barriers. An excellent reminder of this goal was the quote from Eleanor Roosevelt, which was in the front of the conference programme – and which I will conclude with. Huge thanks and congratulations to Tai Pawb for their sterling work, and I look forward to next year!

Where, after all, do universal human rights begin? In small places, close to home—so close and so small that they cannot be seen on any maps of the world. Yet they are the world of the individual person; the neighborhood he lives in; the school or college he attends; the factory, farm, or office where he works. Such are the places where every man, woman, and child seeks equal justice, equal opportunity, equal dignity without discrimination. Unless these rights have meaning there, they have little meaning anywhere.