In November 2022, ONS released the long-awaited ethnicity and national identity population data for England and Wales. Up to date population statistics are extremely important for public services, including housing, allowing organisations to plan delivery and budgets.  Population diversity data helps us analyse how different groups are represented amongst staff, boards and tenants. Tai Pawb has analysed the specific data as it relates to Wales below.

The percentage of Black, Asian and minority ethnic people increased in the last 10 years. 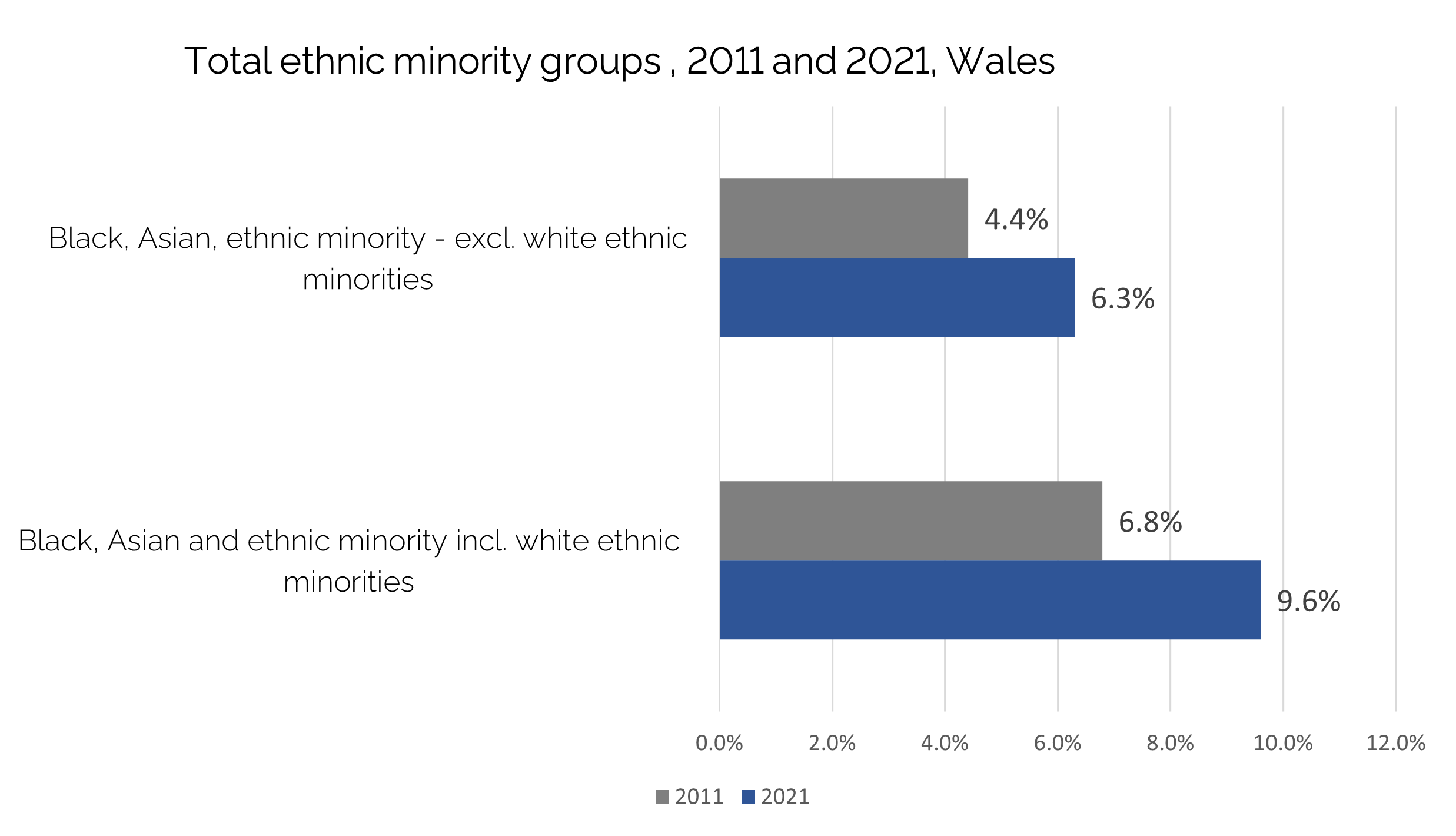 White ethnic minorities include groups which identify as White other than White Welsh, British, English, Scottish or Northern Irish. Therefore, White ethnic minority groups consist of those who identified as White Irish, Roma, Gypsies or Travellers and White Other category.

Groups from largest to smallest are as follows:

High level groups: how have they changed?

White ethnic minority groups have seen the biggest increase in numbers, rising by 0.9% in the past 10 years. This is followed by Asian groups and people with Mixed/Multiple ethnicity – both of which saw an increase of 0.6%. Black groups saw the smallest increase of 3% from 2011 to 2021.

The groups demonstrated above are the so called ‘high level’ groups. When people completed Census 2021 surveys, they were able to self-identify based on more detailed categories. Each of the high-level groups above can be broken down into more specific ethnicities. So which groups are the largest and which saw the biggest change?

The three most sizeable groups are:

The least sizeable groups are:

Detailed groups: how have they changed relative to Welsh population?

The groups which saw the biggest increases as a proportion of Welsh population are:

Groups that have decreased their proportion of Welsh population were: 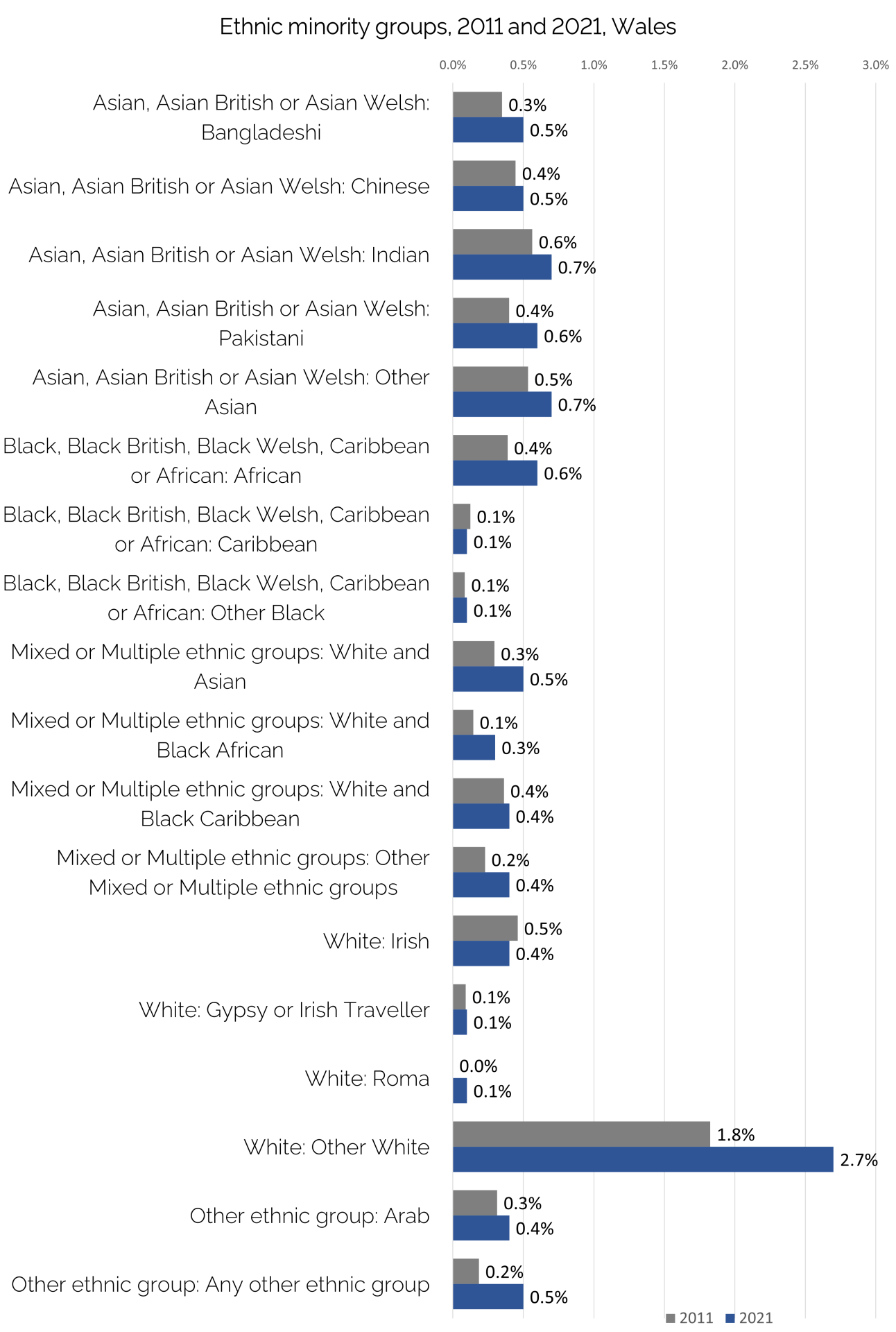 Detailed groups: which ones have seen fastest/slowest increases relative to group size?

Fastest growing groups: groups with largest increases relative to their own size:

While there were groups which shrunk in size, the decreases in numbers relative to group size were not as pronounced:

ONS has issued a useful interactive maps where you can check numbers and proportions of ethnic groups by Local Authority areas and smaller areas called MSOA’s. The map is a useful tool and you can use it below. We will provide analysis soon.

Where can I find and analyse the Census 2021 data?

If you want to analyse the data yourself, use Query data function on Nomis website.

More data will be released in 2023 and we will publish our analysis on these pages, watch this space…

How can I use this data?

If you are interested in finding out more about how this data can be used as part of your organisation’s equality monitoring or customer profiling:

Please note the material in this section is for information purposes only and does not constitute legal advice. Tai Pawb is not responsible for the content of external resources.